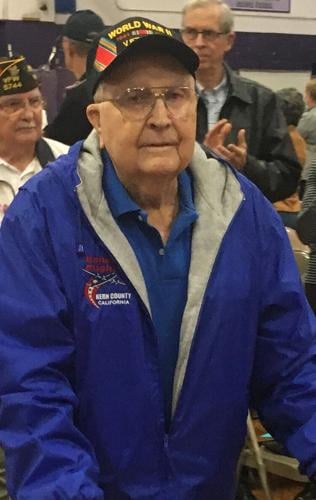 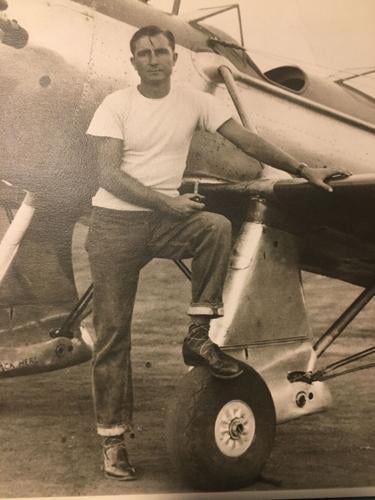 He grew up during the Great Depression and joined the US Navy about as soon as he could. He served in both the Atlantic and the Pacific as a Boatswain's mate on the destroyers USS Hambleton and USS Gatling. After the war he returned home and started working in the local lead and zinc mines but soon realized there were not many opportunities for him.

Soon after the war he moved to Maricopa, where he worked in the oilfields and retired from ARCO after 31years in South Cuyama as a Field Operator. It was tough, but in 2019 moved in with his son in Maine.

He met and married Barbara Jean in 1960. They honeymooned in Mexico where their VW bus was burglarized and gutted causing him to have to sit on a tool box while driving all the way back home.

His interests were varied and plentiful. He earned his private pilot license, owned two different airplanes and was a member of the Taft Flying Club. He owned a vintage Austin Healy sports car, a Harley Davidson hog, a ski boat, sail boat and power boat. He dabbled in oil painting and metal sculptures as a member of the Taft Art Association. He was an accomplished handy man remolding and improving his home and rental.

As a youth he spent some time as a professional boxer (that is, he was paid for bouts). A natural progression for one who got into a lot of fights as a kid. He was briefly the Maricopa City Chief of Police which made one of his later hobbies of enjoying coffee and donuts and breakfast another natural progression. Our Myron enjoyed many a morning after his retirement with his friends at the donut shop and The Same Place Cafe in Taft. He spent many summers at Holiday RV Park in Pismo Beach where he participated the Elks and Moose Lodges with other RV'ers.

He was predeceased by his wife Jean and is survived by his son, Cameron Weaver and Cam's wife, Mary Beth, his step-daughters, Libby Brazeel and Laurie Cagle, as well as many grandkids and great grandkids.

Services will be planned in Taft for sometime in the Fall.