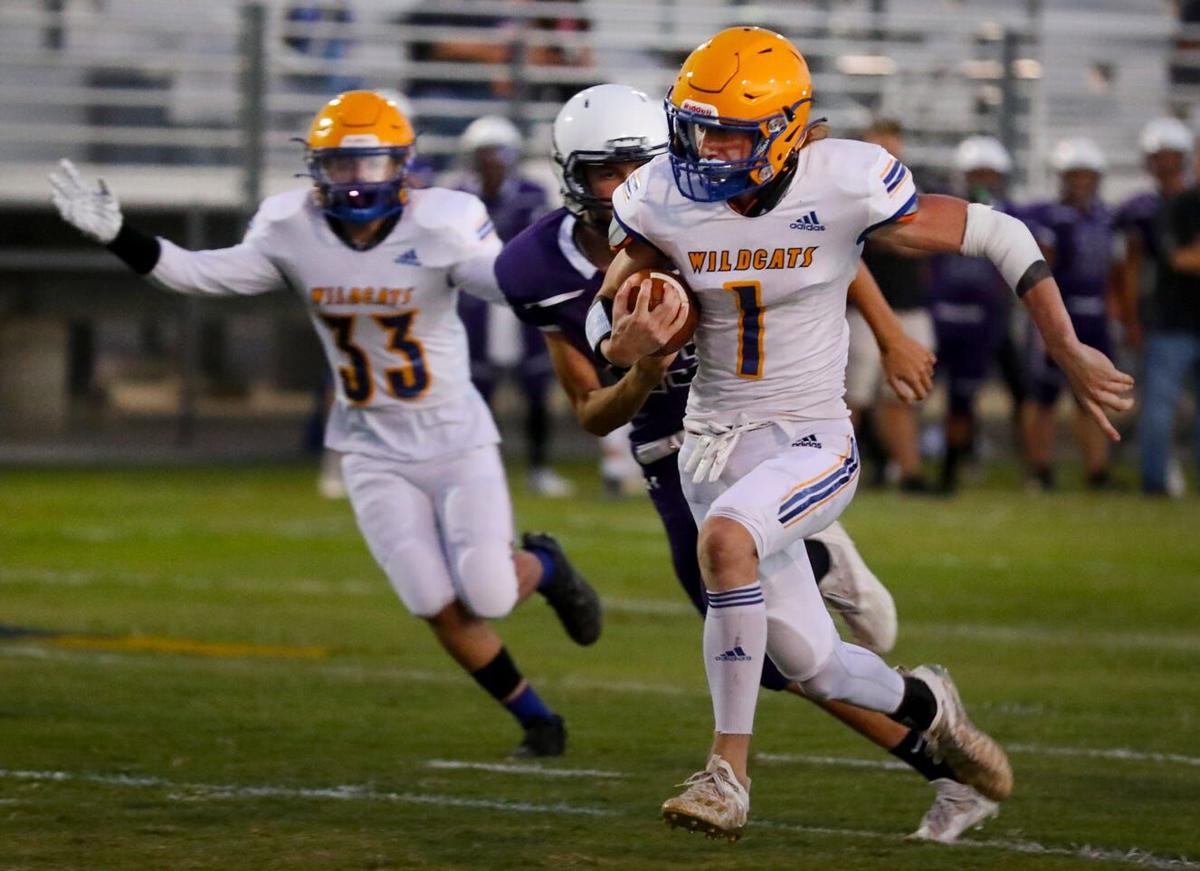 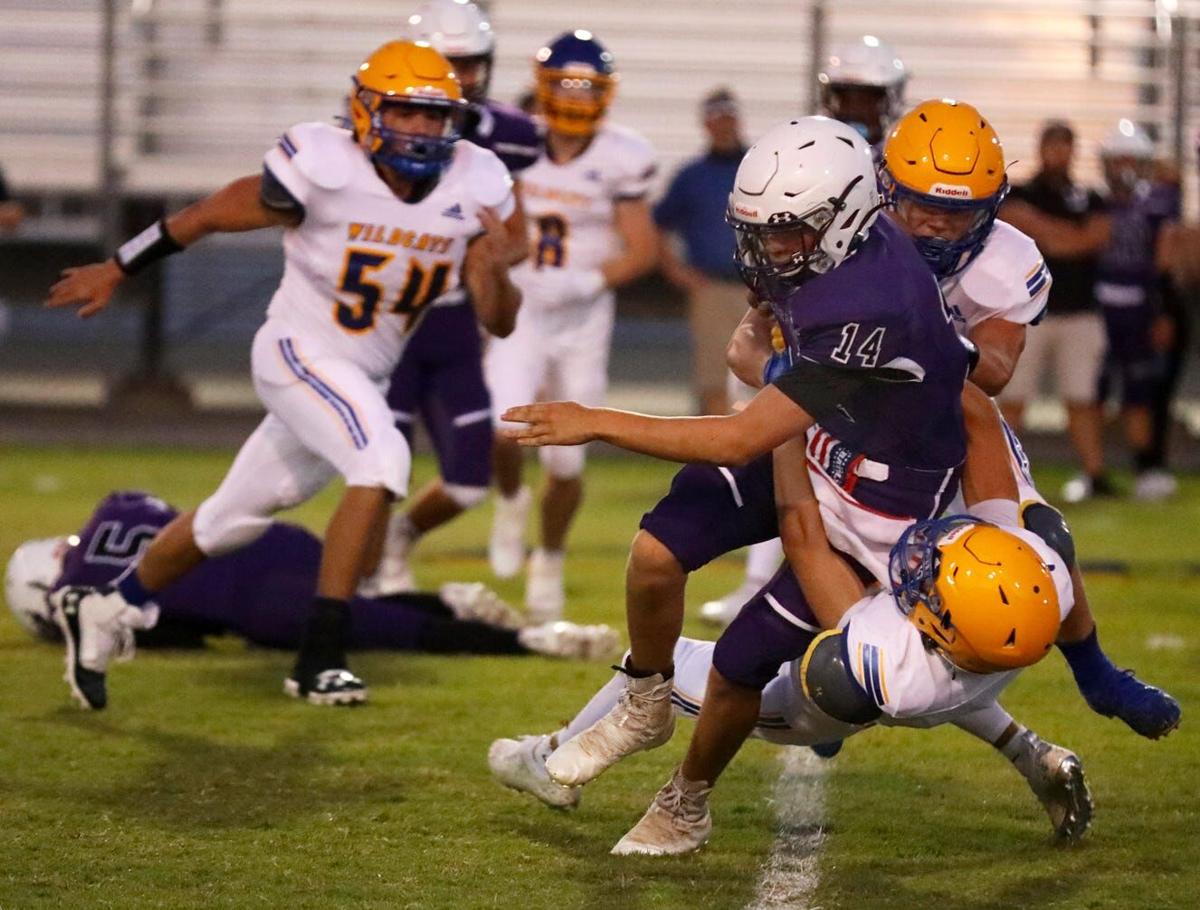 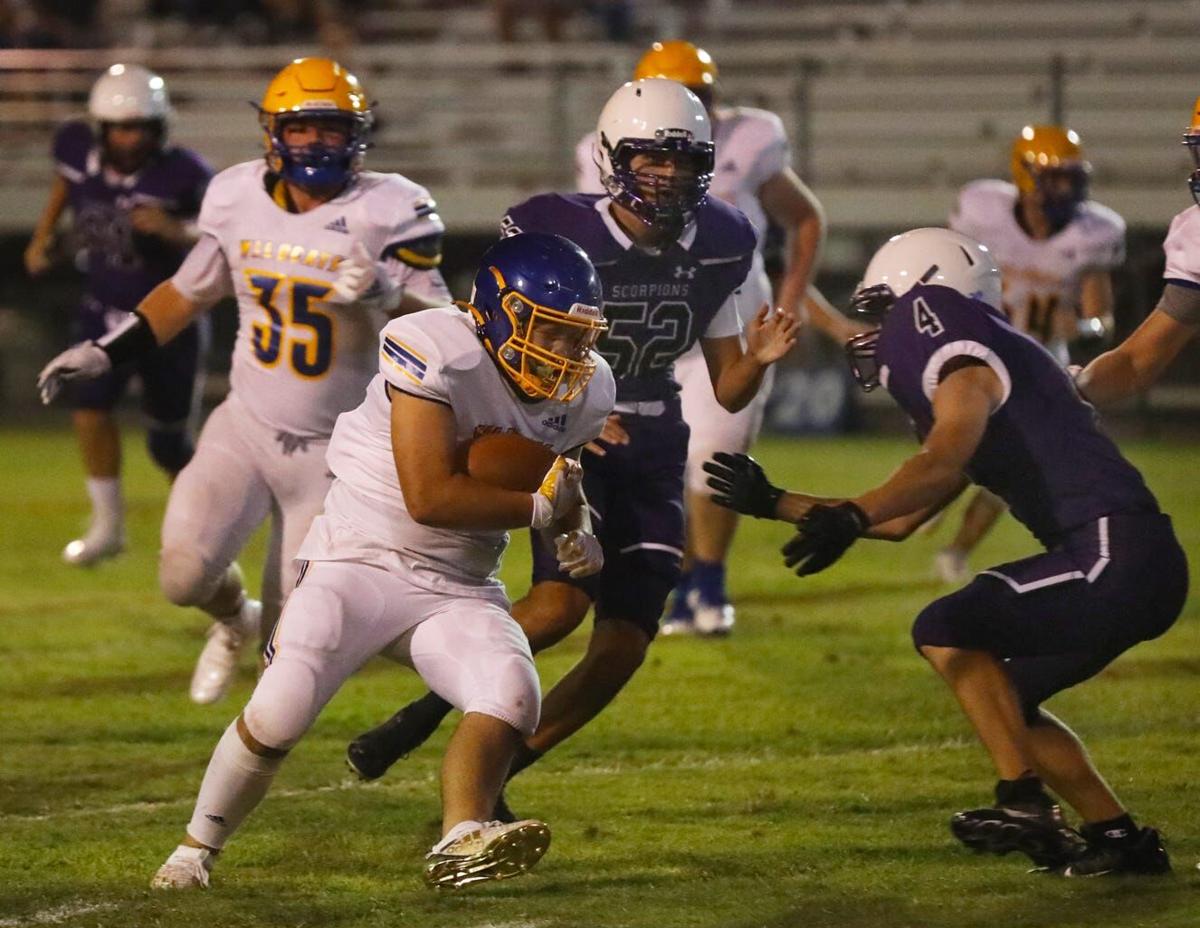 Julian Woodards on the run against Desert. 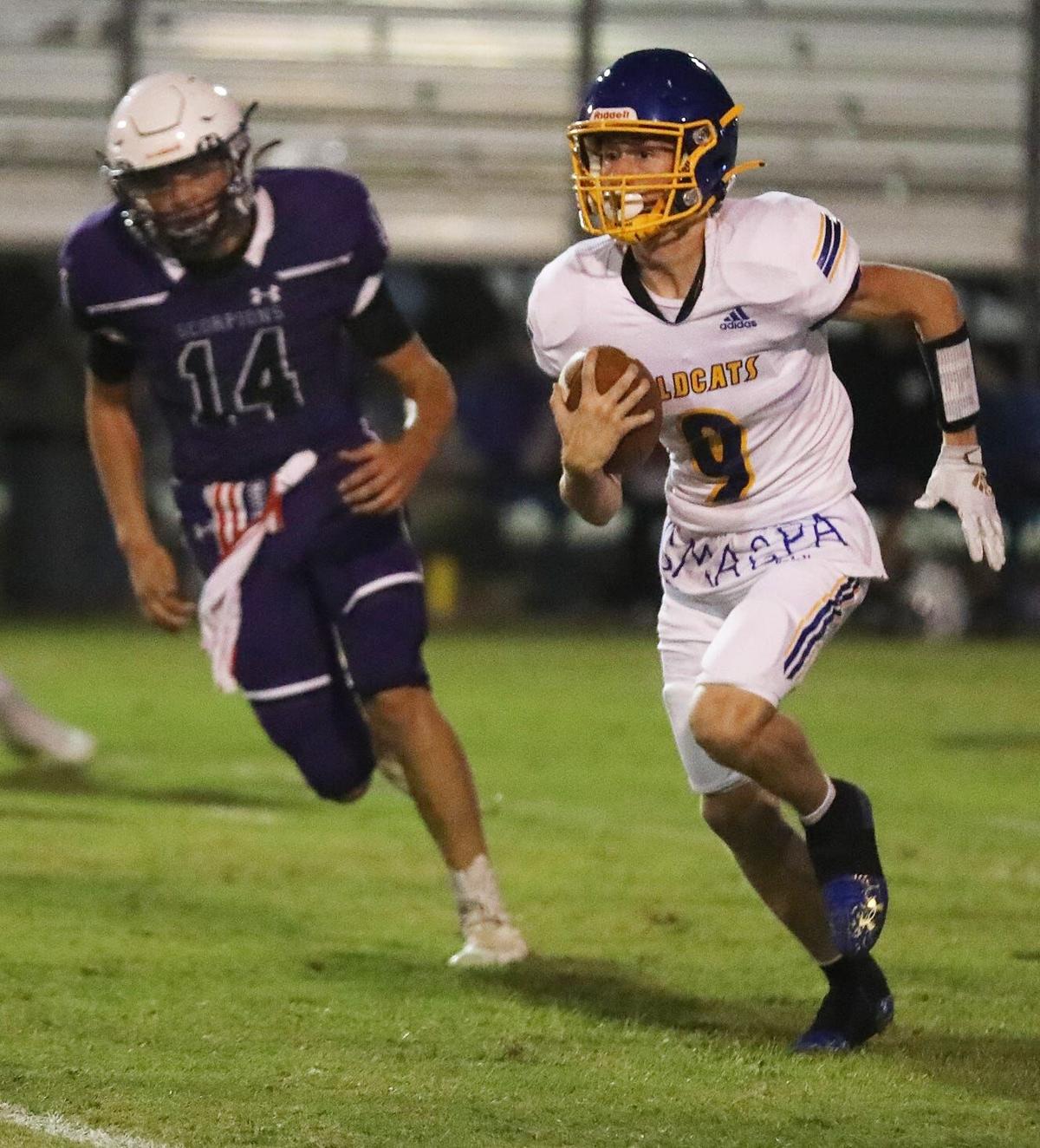 Caeden McAfee breaks off a big run on a quarterback keeper

It’s been over a year since Taft Union High School played at home and the wait was worth it for the Wildcats and theri fans.

The Desert Scorpions from Edwards AFB came to Taft High to play the Cats last Friday. The outcome for this game was uncertain as neither team had access to film to prepare for the game, “Were going in blind.” Head coach Brian Durkan said last week. What a surprise the fans got though at the first home game with a 49-0 shutout, totaling 7 touchdowns .

A player that surprised coaches Friday was Jayce Moore. Moore is the second string QB who had been out due to protocols and only one day of practice in. He didn't let that affect him. Moore had 6 carries, 38 total rushing yards, 1 pass completion for 10 yards, 1 rush conversion, and scored two touchdowns.

Moore was asked after the game how he felt coming out on the field with one practice,

“I was a little nervous at first, Moore said after the game. "After the first play everything felt back to normal, so I was ready.” Moore was also inquired if he could comment on how he is preparing for next week's game against Foothill, Moore said “I’m preparing for a hard hitting, fast, well prepared team.” Durkan also remarked on Moore’s performance, “He came out and ran the offence well and I was very proud of him.”

Cyris Gaylord had the mosttotal yards of the game, 138 rushing yards, 11 carries, and snagging himself two touchdowns. Coming up behind Gaylord is Caleb Kozloski who had a total rushing yards of 42, 2 carries, and two TD’s to put under his belt. Last but not least because every touchdown matters in the game of football is Caeden Mcafee getting a Total rushing yards of 38 and one touchdown. Quick mention to Alberto Lopez as the PAT kicker. Lopez made four PAT attempts making three of them.

As tremendous as the Cats did there were quite a few penalties on the field. That's something Durkan did say the team will be cleaning up this week.

After the game Durkan and the other coaches emphasized to to the players heavily they need to be ready for next Friday's game against Foothill, “As sure as I am standing here, next week is gonna be a heck of a challenge.” Durkan said to the varsity.

When Durkan was asked how he felt about the home victory he made a very interesting comment saying, “Well... I’m still wondering what kind of football team we have.” Durkan elaborated on their previous opponents having a difficult time putting their programs together and pushing the point he made to the varsity on next week's game against Foothill, “We gotta bring our A game.” Durkan said.